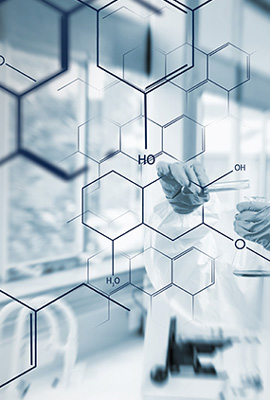 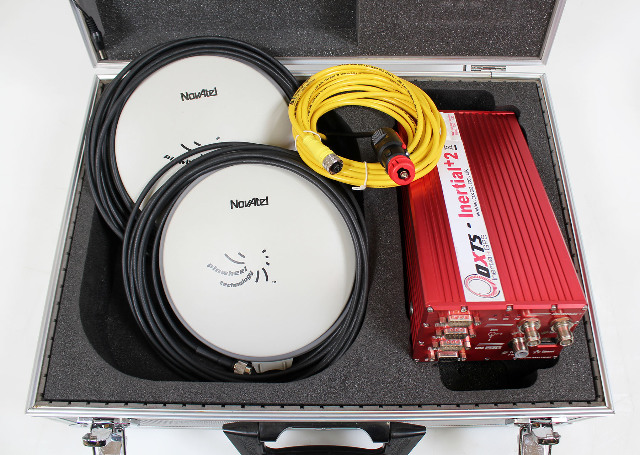 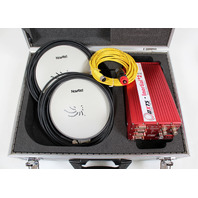 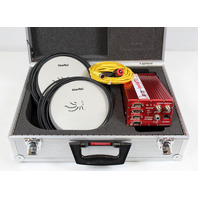 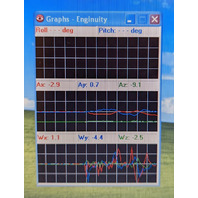 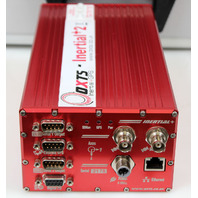 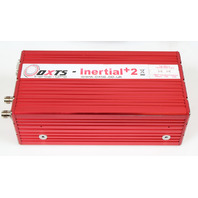 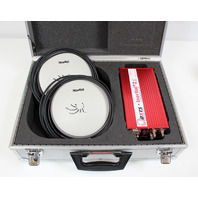 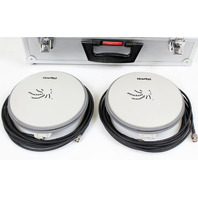 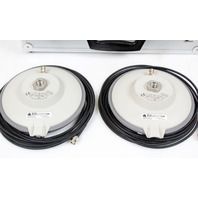 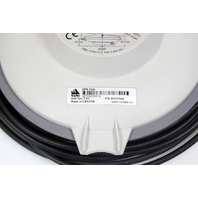 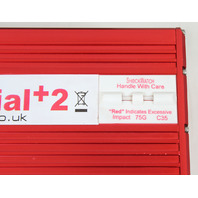 Clean and in excellent condition. These were removed from a prominent DOE facility during upgrade. GPS, IMU sensors and PC connection (NAVsuite configuration utility) tested onsite without issue.

Comes as shown with main unit, 2x antennas w/ cables, case and 12v connector. We can wire the connection for either the included 12V car adapter or a 120v AC power supply. Please state preference when ordering.

The Inertial+ is an add-on for GNSS receivers to improve reliability and accuracy. The Inertial+ uses accelerometers and angular rate sensors (gyros) to smooth the jumps in GNSS and fill in missing data. Other important measurements, such as heading, pitch and roll, can also be measured.
The Inertial+ is a true inertial navigation system (INS) that is aided by the external
GNSS (An external GNSS receiver is needed for high accuracy, the internal GNSS canbe used for low accuracy applications).

An inertial sensor block with three accelerometers and three angular rate sensors
is used to compute all the outputs. A WGS 84 modelled strapdown navigator algorithm
compensates for earth curvature, rotation and Coriolis accelerations while measurements
from the GNSS receiver update the position and velocity navigated by the inertial sensors.
This innovative approach gives the Inertial+ several distinct advantages over systems that use GNSS alone:
 All outputs remain available continuously during GNSS blackouts when, for example, the vehicle drives under a bridge.  The Inertial+ recognises jumps in the GNSS position and ignores them.  The position and velocity measurements that the GNSS makes are smoothed to reduce the high-frequency noise.  The Inertial+ makes many measurements that GNSS cannot make, for example acceleration, angular rate, heading, pitch, roll, etc.  The Inertial+ takes inputs from a wheel speed odometer in order to improve the drift rate when no GNSS is available.  The Inertial+ has a high (100 or 250 Hz) update rate and a wide bandwidth.  The outputs are available with very low, 3.5 ms latency.
The Inertial+ system processes the data in real-time. The real-time results are output via RS232 and over 10/100 Base-T Ethernet using a UDP broadcast. Outputs are time-stamped and refer to GPS time. The measurements are synchronised to the GPS clock.